How Technology is Probably Saving Your Job 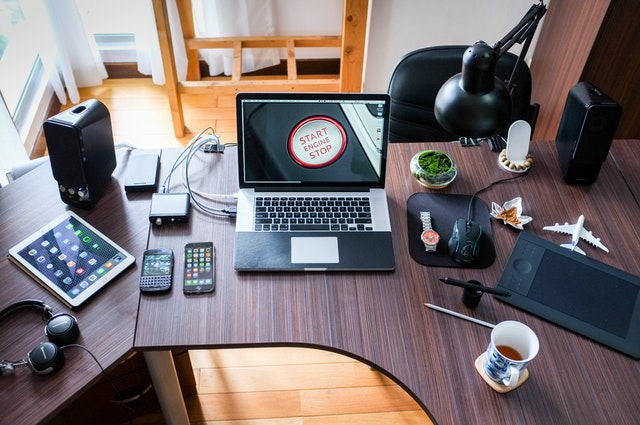 Technology has become an ever-expanding part of our society, and it’s not always perceived to be a positive force.

One aspect of society that has been hit particularly hard has been the job market. With the cost of human labor outweighing the cost of automation by a huge margin, many companies have turned to the use of robotics to reduce expenditures.

This has created a situation in which many are losing their current positions to robots who can complete the tasks for cheaper. Automation in the workplace has created a panic among many workers, especially in manufacturing, as they fear that one day their own jobs will be at risk.

You may even find yourself among the demographic of individuals who fear what the future of automation brings. There’s merit to both sides of this debate, but you shouldn’t fear, because technology may actually end up saving your job.

Most Jobs Cannot Be Completely Automated

Amongst those who worry about the age of automation, there is a fear that a day will come where robots will take every job and there will be none left for humans. A BBC article explains that while many fields will see automation introduced into the workplace, only about 5% of occupations can become “human-free”, or be completed without any human involvement.

This is mainly the case for two reasons. The first reason being that most jobs are too dynamic for a robot to replace a human on all aspects of the job. At the current state, robots cannot be programmed to have the ability to complete a wide variety of tasks.

The second reason is that there are simply some jobs that cannot be completed by robots. The aforementioned article in BBC discusses a study in which two robotic arms were tasked with assembling an IKEA chair. This task proved impossible for the robotic arms to complete as the technology struggled to identify the differences in the many chair parts in the package. Researchers say that these sorts of tasks are better suited for humans than technology.

The same is true in the actual workforce. A lot of companies employ software over humans just to cut down on the low-level administrivia and up efficiency. For example, companies who want to move to cut down on accounts payable hours move to electronic billing and invoicing. Companies who want to cut spending in their IT departments automate data backup, retention, and disaster planning to save time and efficiency costs. Basically, any job that involves a lot of small, administrative tasks can be streamlined.

Automation Can Create Rather Than Destroy

While technology may replace some occupations, it will also produce some to take the place of those lost to robotics. For example, when the ATM was introduced, banks began adding more branches, which added 43% more bank tellers to the workforce.

Another example of the positive effects of automation can be found in the progress of online retailer Boxed. The company recently fully automated one of its fulfillment centers but managed to keep every existing employee and give them a raise of roughly 13%. Rather than firing masses of employees, Boxed retrained them to perform the tasks that had not existed at the plant previous to automation. The CEO of the company has stated that it doesn’t have to be an “either-or” decision when deciding between human workers and AI.

While technology may be useful in completing repetitive tasks, such as those found on assembly lines for vehicles, robotics cannot create the relational bonds necessary to many professions. The future holds an increased need for individuals with skills in nurturing, caring, teaching, and other emotional traits.

These are areas where humans have an advantage, as AI cannot perform as well in these areas as humans. Because social interactions are unique dependant upon the situation, it is unlikely that robots will replace humans in fields where social interaction is the foundation of the occupation.

AI & Humans Will Have To Coexist

With the technology boom having redesigned how we live our lives, it has also redesigned how we perform our occupations. From factories to offices, everyone has encountered a situation in which automation has entered their workplace.

The introduction of AI in the workplace has created a wave of panic among the working class. As many brace themselves in fear of losing their careers, they fail to see the positive effects that will arise as a result of automation.

Rather than preparing for an economic doomsday in which humanity is out of jobs, we need to be calmly embracing the inevitable age of robotics. Many people will be surprised to find that this age will bring forth new jobs with potentially higher wages for those affected by automation.

Grace Frenson is a freelance writer from Philadelphia, PA. She recently graduated from Drexel University with her Bachelors in Businesses Administration. While studying for her degree she interned under a notable financial consultant in King of Prussia, PA. Grace has a passion for finance and writing.