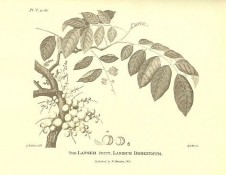 Plants and living organisms produce a vast variety of chemical compounds with highly diverse structures. They are commonly known as “secondary metabolite”. Natural products usually have pharmacological and biological activity; so, found its uses in pharmaceuticals. Naturally occurring chemical compounds are of great significant for the life of mankind.

Currently many phtyochemicals are in clinical trials, like lycopene from tomato has been tested for cardiovascular diseases and prostate gland.

Some classes of phytochemicals are given below.

Flavonoids are a group of more than 4000 polyphenolic compounds that occur naturally in plants. Flavonoids refer to vitamin P. Major Part of plant material contain flavonoids. They have also been found in algae. Flavonoids are one of the diverse groups of compound. About 30 types of flavonoids have been identified in asteraceae. Flavonoids possess a great variety of biological activity at nontoxic concentration in organism. 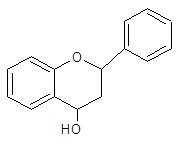 Nitrogen containing naturally occuring compounds is called alkaloids. Some alkaloids have bitter taste. They are produced from a large variety of organisms, including bacteria, plants and animals. Many alkaloids are toxic to other organisms. In ancient times alkaloidal plants have been used by human for medication and recreational purposes; and as drugs, such as anaesthetic morphine and stimulant cocaine, caffine, nicotine, or the antimalarial drug quinine [13].

Terpenes are large and varied class of hydrocarbons produced primarily by plants and by some insects. The word terpenes is derived from” turpentine”. Terpenes and terpenoids are the primary constituents of essential oils. Vitamin A is an example of terpenes.

Terpenes are compounds that are built up from isoprene units. The isoprene units linked together from” head to tail” to form linear chains or they may be arrange to forms rings.

Monoterpenes consist of two isoprene units examples of monoterpenes are gerainol, citral and limonene. Limonene is obtained from lemon.

Triterpenes consist of six isoprene units. The linear triterpenes is sequalene that is major constituent of shark liver oil.

Steroids are also triterpenoid compounds. They are naturally occurring lipids. It consists of characteristic arrangement of four cycloalkane rings that are fused to each other Cholesterol is an example of sterol hormone. Other steroid hormone involves female hormone progesterone and estrogens that are responsible for sexual characteristics. Androgens and testosterone is male sexual hormone.

Saponins are secondary metabolites. Saponins are found in medicinal plants. They are also produced by holothurians. Almost 59 triterpene glycosides are reported. Several saponins are shared by species but others are specific. Saponins act as a means of defence in sea cucumber and posses a wide range of pharmacological effects. Like soap, saponins form leather on mixing with water. , The structure of saponins are based on lanosterol type triterpene with a distinctive D-ring with fused gamma lactone skeleton and a carbohydrate chain containing up to six sugar residues such as glucose (Glc), 3-O-methylglucose(MeGlc), quinovose(Qui),and xylose(Xyl).

Tannins are found in wide range of plant species. They are classified into two major groups:

Silybum marianum has been used for medicinal from nearly two centuries ago. It is used to stimulate lactation in nursing mothers, in liver disorder and in treatment of gallbladder. Silymarin a flavonoid complex is extracted from the seed. Silybin that is antioxidant is part of chemical structure of silymarin. Silybin block the liver toxin from entering into liver, and stimulate regeneration and formation of new liver cell. Milk thistle is also used to minimize the side effect of cancer therapy.

It is also used in lowering cholesterol level. It is used to reduce insulin in peoples with type 2 diabetes. Reduce the growth of cancer cell in breast cancer, cervical and prostate cancer.

Fariha Arif is brilliant student of University of Punjab, Lahore. She done this search work entitled “Estimation And Isolation Of Triacontanoic Acid From The Whole Plant Of Silybum Marianum”.  She done this thesis for the requirement for the degree of BS in chemistry. Click here to down load her complete thesis.